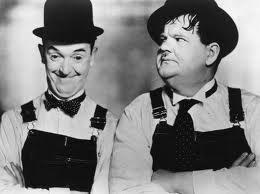 Ekathimerini reports that Eurozone finance officials (pictured above) acknowledged being "in a mess" over Cyprus during a conference call on Wednesday, and discussed imposing capital controls to insulate the region from a possible collapse of the Cypriot economy.

One official described emotions as running "very high", making it difficult to come up with rational solutions, and referred to "open talk in regards of (Cyprus) leaving the Eurozone".
Posted by Ken Frost at 11:46 AM