Yet many people cannot afford to buy their own home!
Posted by Ken Frost at 9:35 AM 0 comments

FIFA is a Pile of Crap 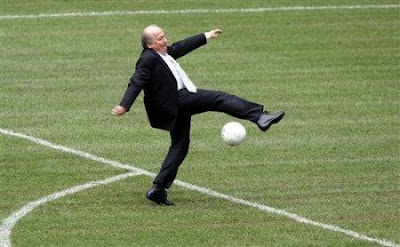 The ONS Continues To Live In The Past

As I have often noted on this site, the statistics provided by the ONS are worse than worthless:

1 They are out of date, and

2 They are invariably revised.

Well hats off to the ONS this time for disproving point 2 above. As per their Second Estimate of GDP, Quarter 4 (Oct to Dec) 2015 published today:

Whilst this is all very well and good that they have not been revised, Q3 and Q4 2015 have long since gone. These statistics are out of date and meaningless wrt understanding what is happening now in the economy and policy decisions that affect the future.
Posted by Ken Frost at 10:24 AM 0 comments

HSBC, whilst reporting a $1.33 billion net loss in the fourth quarter, has warned of a “bumpier financial environment” from China’s slowing economy.

Additionally, as per the Wall Street Journal, it said that its hiring practices in China are being investigated by the U.S. Securities and Exchange Commission, bringing the bank into the so-called “princelings” probe that is studying whether more than half a dozen U.S. and European lenders violated antibribery laws by hiring relatives of high-ranking Chinese government officials. HSBC said it is cooperating with the investigation and said it couldn’t predict the timing or impact on the bank.

In an update on its five-year deferred prosecution agreement with the U.S. Department of Justice, HSBC reported setbacks in its programs to comply with the agreement. The independent monitor in charge of assessing its compliance found instances of potential financial crime and had “significant concerns” about the bank’s pace of progress in its most recent report in January.

The Economic Divide In America

One of the wealthiest (albeit wealth that has been built on debt) countrys in the world (America) is clearly not at ease with itself, if an open letter penned by Justin Keller, an entrepreneur, developer and the founder of startup Commando.io is anything to go by.

In the letter, penned to to San Francisco mayor Ed Lee and police chief Greg Suhr, Keller bemoans the number of homeless people he has to look at in San Fransisco:


"I shouldn’t have to see the pain, struggle, and despair of homeless people to and from my way to work every day."

For good measure he then goes on to describe them as "riff raff"!


"It is a very difficult and complex situation, but somehow during Super Bowl, almost all of the homeless and riff raff seem to up and vanish."

Money and wealth do not always bring happiness, especially when those with money revile those who do not have money!
Posted by Ken Frost at 10:29 AM 0 comments 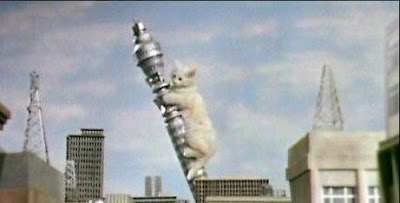 BT has apologised after "several hundred thousand" UK customers had their broadband services cut off yesterday.

Kudos to BT, and its well timed catastrophic technical failure, for ensuring that it will be forced to sell off its broadband business.

There's a sliver lining in every cloud!
Posted by Ken Frost at 9:56 AM 0 comments

The BBC reports that Chinese authorities have arrested 21 people involved in an online finance scheme which is suspected of defrauding 900,000 investors of about $7.6bn.

The 21 people worked for Ezubao, a peer-to-peer lender widely described in Chinese state media as a Ponzi scheme.

Ezubao is believed to be China's largest such online financing business.

Ezubao promised investors that borrowers on its platform would pay back loans at interest rates between 9 percent and 14.6 percent. However, state media said investigations had found more than 95% of the investment offerings on the site were fake.
Posted by Ken Frost at 9:30 AM 0 comments