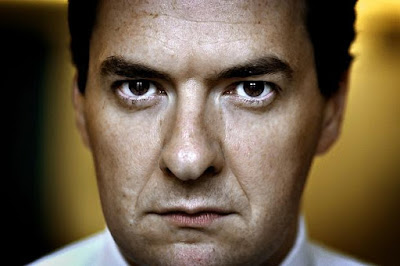 George Osborne picks up his sixth job: as a professor at the University of Manchester - The Telegraph Growl!! https://t.co/y0p3wuUl0X
— Sue Christensen (@taxqueen49) June 29, 2017


Osborne doing his bit to maintain full employment.
Posted by Ken Frost at 10:03 AM 0 comments 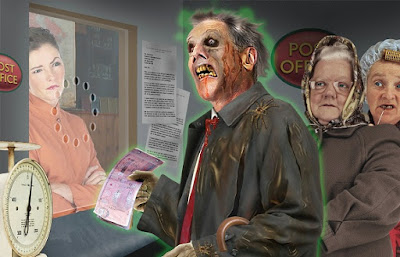 A prescient warning in the Telegraph wrt pension schemes that might go bust:


"There are 10 million people in 6,000 “defined benefit” pension schemes in Britain. Most of them will get the pensions they expect in full – but not all.

If the companies behind these schemes are financially strong enough still to be in business when the pensions come to get paid, then all is well. However, around 1,000 schemes, possibly with as many as 1.7 million members, are in a very precarious position with financially weak companies behind them or large deficits - sometimes both.

Their members face a real and current risk that their companies will go bust. If this happens their scheme will almost certainly fall into the Pension Protection Fund (PPF). This will ensure that they still get a pension, but it will be lower, at around 90pc of what they were expecting."

A pension is meant to cover you from retirement through to death, which may be 30 years or so from the date of retirement.

How the hell can anyone predict what the world will look like 30 years from now? 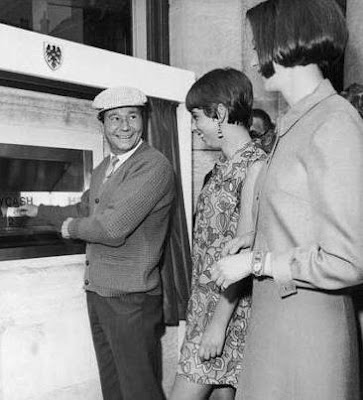 50 years ago today the world's first ATM was unveiled at a Barclays branch in Enfield, London.

Reg Varney, a celebrity of the time, made the first withdrawal.
Posted by Ken Frost at 10:22 AM 0 comments

The EU said Google had broken EU competition law by exploiting the power of its search engine to promote its online shopping service, at the expense of other price comparison sites.

"We expect political paralysis - a 'zombie Brexit' - to be the dominant theme for the UK over coming months" - Deutsche Bank
— Jamie McGeever (@ReutersJamie) June 26, 2017


This analysis couldn't be more wrong wrt "paralysis", there will be black swans aplenty coming!
Posted by Ken Frost at 8:26 AM 0 comments

Armed Forces and Emergency Service charities can now apply for the next round of LIBOR funding. MORE INFO: https://t.co/opUiTbuspG pic.twitter.com/riHajku7Gk

Email ThisBlogThis!Share to TwitterShare to FacebookShare to Pinterest
Labels: libor 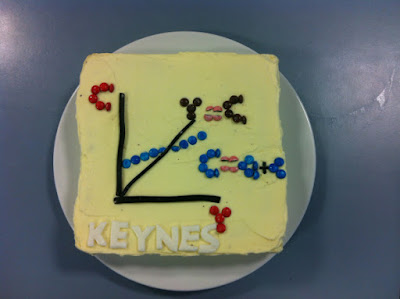 The time is not right for an interest rate rise, Bank of England Governor Mark Carney has said.


"Before long, we will all begin to find out the extent to which Brexit is a gentle stroll along a smooth path to a land of cake and consumption."

A wee barb there methinks!
Posted by Ken Frost at 9:12 AM 0 comments 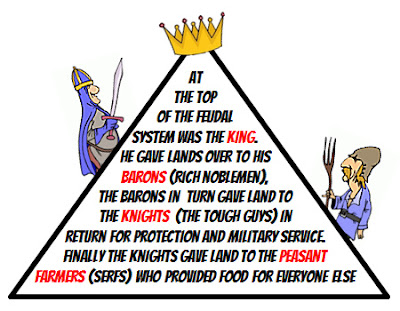 As per the ONS the unemployment rate for people for the latest time period, February to April 2017, at 4.6%, was the joint lowest since 1975.

Inflation as measured by CPI is ow 2.9%, expectations were around 2.7% (which was the previous month's level).

The squeeze is on!
Posted by Ken Frost at 8:35 AM 0 comments

The Halifax report that the annual rate of house price growth is continuing to slow.

Over the last three months there has been virtually no change in prices, the Halifax said.

Since March property prices have fallen by 0.2%. This was only the second quarterly drop since November 2012.

However between April and May, prices actually rose by 0.4%.

Exuberant property bubbles always burst, a gradual slowing is far better than a sudden collapse.
Posted by Ken Frost at 9:22 AM 0 comments

It seems that reports last week of a settlement being agreed between RBS and shareholders, thus negating the expected court appearance of a.o. Fred Goodwin, were premature.

The FT reports that the RBS Shareholders Action Group, which represents thousands of individual investors, secured a £2m deal with high net worth funders on Monday night, taking their total funding pot to about £7m to cover the cost of the trial, according to shareholder Neil Mitchell.

Mr Mitchell said that the claim is “now fully funded” and that “claimants are willing to proceed to trial”, which is set to begin on Wednesday.

It seems the desire to see Goodwin take the stand outweighs mere monetary gain.   A number of investors recently told the Financial Times they were unwilling to settle because they wanted to see Goodwin, who was stripped of his knighthood in 2012, held to account and for the “truth” to emerge.
Posted by Ken Frost at 9:55 AM 0 comments