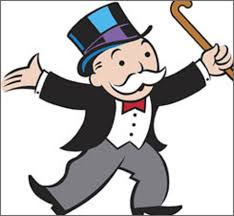 The TSB Goes From Strength To Strength

Following last week's website crash on its relaunch, the TSB has yet again managed to drop the ball; this time by mis-spelling Ashtead on a billboard advert aimed at the residents of Ashtead.


"‘Welcome back to local banking’ was the message displayed to commuters on a TSB advertising board erected at Ashtead railway station this week.

But something rather important to local people got lost in translation - the spelling of the village they live in.

Now TSB bosses will be hoping that villagers can forgive their 'Hello Ashstead' howler.

A spokesman said on Thursday:
“We apologise to local residents for the incorrect spelling.

"We are looking to rectify the poster as soon as possible.”

The company later tweeted an apology for the mistake."

In May Greek youth unemployment was almsot 65%, in June it showed a slight "improevment" falling to 58.8%.

However, when compared to previous years the level of youth unemployment has worsened (as per Efthimia Efthimiou):

Levels of unemployment such as this are normally associated with third world countries in the midst of a civil war, or the equivalent. Yet Greece is, allegedly, a first world country and is meant to be an "equal" member of a powerful and prosperous economic block (ie the Eurozone).

The reality is that Greece is not treated as an equal, it should never have joined or been allowed to join the Eurozone and the prosperity within the Eurozone is not evenly spread but confined to the wealthy Northern economies.

As such it is clear that as an experiment the Eurozone is destined to fail, indeed the world will be a better place without it. However, with levels of unemployment such as this in Greece the real danger is that of a plague of dictatorships and civil unrest spreading country by country in the Southern members of the Eurozone.

In order to survive as a democracy and civilised society Greece needs to exit the Eurozone now, others such as Cyprus need also to consider their positions.
Posted by Ken Frost at 9:18 AM 0 comments


"It's clear that we are not yet at the end of the Greek problem.

We will need to make further efforts, certainly once, perhaps twice more.

We will see how the situation develops."

My advice to Greece stands, leave the Eurozone and devalue your currency.
Posted by Ken Frost at 11:43 AM 0 comments

As I have noted before, the British economy is driven by the property market and people's confidence (usually misplaced, given that property prices are relative) that an increase in house prices is an increase in personal liquid wealth.

Thus it should come as no surprise to see that today's announcement that unemployment dropped to 7.7%, from 7.8% in the three months to April, is largely due to an upturn in confidence in the property market.

Overall 80,000 jobs were created over the period, significantly above the predictions by "experts" and economists of an increase of 55,000. However, accounting for a large part of this 80,000 increase was a rise in the number of "real estate" jobs (on the back of a surge in confidence in the property market) of 50,000.

NB: "Real estate" jobs are in the main estate agents.
Posted by Ken Frost at 11:33 AM 0 comments

Martin Wheatley, the CEO of the Financial Conduct Authority (FCA), is currently appearing before the Treasury Select Committee. He is less than impressed with the fallout from the PPI mis-selling scandal and the way that the banks are handling complaints.

Currently the FOS is upholding 90% of PPI mis-selling cases referred to it after they had been rejected by the banks.

Wheatley says it is "absolutely not acceptable" and that it is "outrageous" that the number upheld by the FOS is so high. He stated that the FCA has been looking into how banks handle complaints, as per the Telegraph:

We've got two large investigations underway and have two cases where we have issued strong fines."

Sadly PPI mis-selling is but one of many areas where Britain's financial services industry mired itself in its own shit.
Posted by Ken Frost at 10:28 AM 0 comments

The newly launched TSB bank (split for Lloyds) has had a less than stellar first day, as its website has crashed.

Hardly a good augury for the future!
Posted by Ken Frost at 9:43 AM 0 comments

Fred The Shred and The Round Topped Filing Cabinets

The Telegraph reports that Fred Goodwin, erstwhile CEO of RBS, was so obsessed with tidiness and so irritated with piles of paper on filing cabinets that he ordered thousands of custom-made round-topped storage units to be rolled out across the bank.

A senior manager told Iain Martin, the author of Making it Happen: Fred Goodwin, RBS and the Men Who Blew Up the British Economy being published next week.

“Somewhere in a warehouse are thousands of old flat-top RBS filing cabinets that were not Fred-compliant.”

In pre RBS days as chief executive of Clydesdale Bank, Goodwin apparently interrupted a meeting to take a call from his mother who had seen a cigarette butt left on the steps of the bank’s headquarters in Glasgow. Goodwin immediately arranged to have the butt removed.

Sadly this obsessive attention to detail didn't manifest itself in the more "mundane" activities of the bank such as credit, risk and how much is lent and to whom.
Posted by Ken Frost at 11:12 AM 0 comments