The wave of hyped, fake optimism exuded by Tsipras about a deal soon being reached between Greece and the Troika has of course been well and truly quashed.

Merkel has said that further work needs to be done with the Troika. As noted before, Merkel has in the past told Tsipras that it is not in her gift to disburse funds nor to persuade the Troika to do a deal.

Quite why Tsipras doesn't understand that is beyond me.

For the record the "open issues", as Bloomberg describes them, between the Troika and Greece include:

These issues will never be closed; because Greece has neither the intention, nor the ability, to resolve them!
Posted by Ken Frost at 8:28 AM 0 comments

No Extension, No Disbursement, No Greece

Idea of extending Greek bailout until autumn with partial disbursement is nonsense. Review must be within programme in June - source

My answers (verbatim) to Die Zeit on Dr Schäuble http://t.co/l4kOBFGqhT

Despite Varoufakis claiming a couple of days ago that a deal was imminent, the Greek government is determined to bollocks up the faux negotiations and poison the well.


"The Greek government's parliamentary speaker said on Wednesday that Athens will not make a payment to the IMF that falls due on June 5 unless it has reached a deal with its creditors by then."

That all but screws up the minuscule chance the Greece might have had of gaining some form of reprieve.

Varoufakis Expects Deal Within a Week 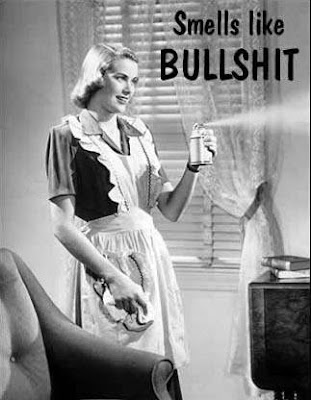 Greek Finance Minister Yanis Varoufakis told Star TV that he expects an agreement with the Troika within the next week.

There is no justification for this hype or optimism, it will go the same way as all previous optimistic headlines about a deal being imminent have gone!
Posted by Ken Frost at 9:01 AM 0 comments

UK Not Yet In Deflation


Much like a recession, negative inflation becomes deflation when it is persistent over two successive quarters.
Posted by Ken Frost at 8:43 AM 0 comments


No one is suggesting or implying Cyprus-style bail-in of deposits for #Greece and suddenly Sakellaridis needs to deny such a scenario.


Greece will pay salaries and pensions at end of month - Spokesman. - Geez... does the spokesman know that he initiates a bank run?


Greece hopes to conclude final agreement in May - Spokesman. -... and the Oscar for the "bank-run starter" goes to the Spokesman.


The Greek Yields are on fire... Dax too.. Thank you, Mr. Spokesman.


With that gesture, Greece flounces off without any further bailout or help.

Unsurprisingly Greek municipalities are not playing ball with Tsipras, and his Dick Turpin cash grab. They are refusing to hand over their money to the central government.

I wonder if the embassies are being more compliant?


Only 4 out of 325 municipalities have so far opened mutual accounts at Bank of #Greece to transfer assets as requested by gov't ~@airetosgr
— Yannis Koutsomitis (@YanniKouts) May 18, 2015

In a sign of utter desperation, Athens has requested its foreign embassies and consulates to hand over their spare funds to the government in order to stave off a domestic default on pensions, wages etc.
Posted by Ken Frost at 10:04 AM 0 comments

Bloomberg reports that Barclays Plc will probably be fined for violating a three-year-old settlement over interest-rate rigging, the amount of the fine may be up to $60M.
Posted by Ken Frost at 9:36 AM 0 comments

Government Spokesman: Greek government wants a deal with creditors by the end of May
— Jonathan Ferro (@FerroTV) May 14, 2015

Had they really wanted a deal they would have made one in the last 100+ days since being elected to office.
Posted by Ken Frost at 10:36 AM 0 comments

I spoke of a possible ESM-mediated repayment of ECB's SMP GGBs and some journos report I announced....nonpayment. Astonishing propaganda!

Email ThisBlogThis!Share to TwitterShare to FacebookShare to Pinterest
Labels: varoufakis

Varoufakis Calls For Debt Push Back

Varoufakis has called for Greece's debt repayments to the ECB to be pushed back.

Fat chance, the ECB and Greece's other creditors are not going to budge!
Posted by Ken Frost at 8:45 AM 0 comments

Greece Back In Recession

GREEK GDP FELL 0.2% IN 1Q, PUTTING ECONOMY BACK IN RECESSION

Game Over For Greece

With less than Euro100M left in the kitty, yesterday's farcical escrow raid to pay the IMF and the IMF pulling the plug on participating in any future bailouts it is game over for Greece.

Despite believing in the irrevocable nature of the eurozone experiment (even though all currency unions end in failure) the members of the eurozone are now putting together a loan package to hand over to Greece when it exits the eurozone.

At best Greece might have just under a month left. However, it is quite probable it exits any day now.
Posted by Ken Frost at 8:15 AM 0 comments

Syriza MP Vitsas confirms €757ml payment to IMF through escrow accnt at Bank of #Greece; says gov't was tipped to the accnt by IMF's Lagarde

Greece Runs Out of Cash In Two Weeks

As expected, no deal with Greece has been struck at yesterday's Eurogroup meeting.

Right on cue up pops "sidelined" Varoufakis (who still holds office), warning that Greece will run out of cash in two weeks and that the liquidity issue is "terribly urgent":


"The liquidity issue is a terribly urgent issue. It's common knowledge, let's not beat around the bush.

From the perspective [of timing], we are talking about the next couple of weeks."

Then why oh why has the Greek government squandered the last 100+ days since it was elected to office?

The Germans have all but given up on Greece, and are now pushing for Greece to hold a referendum in the hope that Greece self exits from the eurozone.
Posted by Ken Frost at 8:27 AM 0 comments

Greece Has No Money

#Greece | Syriza parl group head Filis: There is no money for the creditors. We either reach agreement or we call referendum ~@AvgiOnline

Greeks Can't Eat Their Cake and Have It Too

65.9% of Greeks want compromise with lenders but 56.7% say gov't mustn't give in on pension, labour reform https://t.co/G6UY17Eaux #Greece 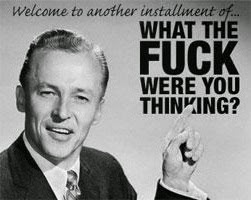 Feeding the algos for the weekend, as he always does!
Posted by Ken Frost at 9:49 AM 0 comments

Greece Blames Everyone and Juncker On Edge of Breakdown

As Greece blames everyone but themselves for the ongoing failure to implement reforms, Juncker now sees an evil Anglo Saxon plot to destroy the eurozone.

Those whom the gods wish to destroy, they first make mad. It seems that both Greece and the eurozone are heading for an almighty disaster, which they will blame on everyone but themselves.
Posted by Ken Frost at 8:51 AM 0 comments

As per the FT, the IMF is of the view that either Athens takes drastic austerity measures or eurozone bailout lenders will have to agree to debt write-offs to get Athens’ debt back on a sustainable path:


"The IMF thinks the gap between the two realities is very large right now."

The optimism espoused by Greece, and some participants of the ongoing talks, is clearly misplaced (no surprises there then!).
Posted by Ken Frost at 9:00 AM 0 comments

Varoufakis has spoken about the eurozone noting if it "doesn't change it will die", adding that

"no country, not only Greece, should have joined such a shaky common monetary system."