Samsung Buries Its Corporate Head in The Sand 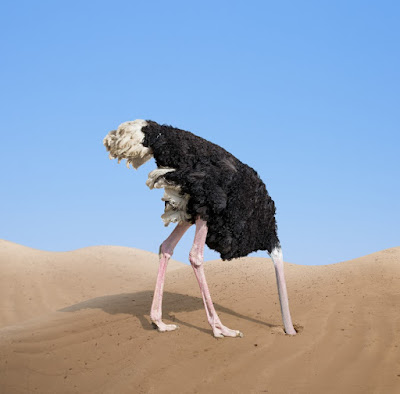 Five top Samsung execs, including the boss, have just been indicted; major shake-up announced. Yet this is what Samsung is sending out pic.twitter.com/CWfePDseAS
— Anna Fifield (@annafifield) February 28, 2017

The Ides of March - "Everything Will Grind To a Halt"


“I think what people are missing is this date, March 15th 2017.  That’s the day that this debt ceiling holiday that Obama and Boehner put together right before the last election in October of 2015.  That holiday expires.  The debt ceiling will freeze in at $20 trillion.  It will then be law.  It will be a hard stop.  The Treasury will have roughly $200 billion in cash.

We are burning cash at a $75 billion a month rate.  By summer, they will be out of cash.  Then we will be in the mother of all debt ceiling crises.

The Self Delusion of Tsipras

Tsipras is of the view that Greece's creditors feel that austerity is no longer necessary for Greece.

That is wishful thinking in the extreme. The Quadriga will move heaven and earth, and allow Greece to suffer whatever it takes, in order to safeguard the loans made to Greece to date.
Posted by Ken Frost at 11:44 AM 0 comments

How To Destroy The High Street

In order to destroy the high street:

1 Encourage supermarkets to open out of town.

Kudos to councils and the government for following this above steps to the letter!
Posted by Ken Frost at 10:53 AM 0 comments

Greece Will Sink The Euro Ship of State

The Europhiles are celebrating the fact that creditors have agreed to work on new structural reforms in order to be able to provide Greece with more bailout money (7bn euros are needed in the short term).

However, what the Europhiles are ignoring in their celebration is the fact that the creditors are in no rush and don't expect any meaningful conclusion (one way or another) before summer.

One way or another Greece will sink the euro ship of state.
Posted by Ken Frost at 11:12 AM 0 comments

Unsurprisingly, since the withdrawal of the Kraft Heinz takeover bid, shares in Unilever are down by 7% in opening trade in London.
Posted by Ken Frost at 8:15 AM 0 comments

Email ThisBlogThis!Share to TwitterShare to FacebookShare to Pinterest
Labels: Unilever

Employment at Record High of 74.6%

Reuters reports that the IMF and Eurozone have finally come to an agreement as to what they will say to Greece today.

A meeting between the lenders and Greek officials is scheduled for later today, the head of euro zone finance ministers Jeroen Dijsselbloem said in The Hague.

"There is agreement to present a united front to the Greeks," the eurozone official said, adding that the outcome of Friday's meeting with the Greeks was still unclear and it was unclear if Athens would accept the proposals.

I think it fair to say that if the IMF and Eurozone really have come to a common stance, then Greece will not like it!

Whither The Prophesied Brexit Armageddon?

Manufacturing grew strongly Q4, up 1.2% from the previous Q3 -- stronger than poll of economists suggested.

Ted Malloch, the US ambassador to the EU, expects Greece to leave to euro and suspects that the eurozone's days are numbered.


“If the [IMF] will not participate in a new bailout that does not include substantial debt relief, and that’s what they are saying, then that, more or less, ensures a collision course with eurozone creditors.

Now we all know that primarily [puts pressure on] Germany, which remains opposed to any such actions, so I think it suggests that Greece might have to sever ties and do Grexit and exit the euro."

Suffice to say the EU doesn't want to hear defeatist talk like this, and is collectively whining at full pitch about Malloch's appointment!
Posted by Ken Frost at 10:14 AM 0 comments

The International Monetary Fund has warned that Greece’s debts are on an “explosive” path, despite years of bailouts and half hearted economic reforms.

This oncoming explosion existentially threatens the eurozone itself.

The solution according to the IMF is debt forgiveness.

However, as noted many times before on this site, neither Germany nor the other members of the Quadriga (sans IMF) have forgiveness in their hearts.

Jeroen Dijsselbloem, the Eurogroup President repeated the mantra saying there would be no Greek debt forgiveness and dismissing the IMF assessment of Greece’s growth prospects as overly pessimistic. 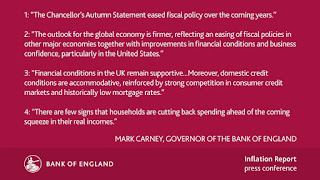 Bank of England Backtracks on Brexit

So much for Project Fear!
Posted by Ken Frost at 12:41 PM 0 comments

Email ThisBlogThis!Share to TwitterShare to FacebookShare to Pinterest
Labels: bank of england, brexit

Greece - The Crisis That Refuses To Go Away

Despite the media's obsession with Trump, there are other issues in the world.

One such issue being the ongoing Greek financial crisis, which has not gone away and is not likely to be solved.

Those who are optimistic for the chances of a solution should bear in mind that the IMF doesn't think that Greek debt is sustainable and that a write down is required. Germany, however, won't countenance a write down.

In short, there are no signs of a solution.
Posted by Ken Frost at 10:52 AM 0 comments