How "amusing" that companies are using Brexit as the excuse de jour for their own failings, in much the same way as they used to blame the weather!
Posted by Ken Frost at 9:16 AM 0 comments


Project Fear's warnings about a post Brexit property apocalypse were overblown!
Posted by Ken Frost at 7:23 AM 0 comments

Diamonds Are Forever - Anglo American Goes Back To Basics

The Telegraph reports that Dominic Chappell, the former owner of BHS, will attempt to repair his battered reputation today after MPs damned him as the “most egregious example of individual greed”.

The former bankrupt has confirmed that he received a legal letter from Sir Philip Green, who has threatened Mr Chappell and three of his other Retail Acquisition directors with legal action following their disastrous deal.

Mr Chappell is flying back into the UK after consulting with his lawyers about the report. He said he would not be drawn on his views on a select committee report into BHS's collapse ahead of making a full statement on Wednesday.

Mr Chappell has admitted that he has made £2.6m from BHS.

Email ThisBlogThis!Share to TwitterShare to FacebookShare to Pinterest
Labels: bhs

Natwest and Royal Bank of Scotland (RBS) have warned businesses they may have to charge them to accept deposits due to low interest rates.

The banks are quoted by the BBC:

"We will consider any necessary action in the event of the Bank of England base rate falling below zero, but will do our utmost to protect our customers from any impacts."

Thus far personal customers are unaffected. However, that situation may change.

The move follows Dutch bank ABN Amro, which has warned its business customers that it will charge them for deposits.

As such, now is the time for people to consider lightening their cash balances held in banks and finding other means of holding wealth; eg under the mattress, or in precious metals.
Posted by Ken Frost at 8:54 AM 0 comments

As per economia libel lawyers acting for retail magnate Sir Philip Green have demanded an apology after MP Frank Field likened the retail tycoons conduct to that of former press baron Robert Maxwell.

In a letter seen by the Financial Times, law firm Schillings said that Field had wrongly alleged on the BBC's Today programme that Sir Philip had stolen money from the pension funds of companies he owned.

The law firm complained the comments were highly defamatory, completely false and likely to cause Sir Philip serious harm, and were not supported by anything in Fields parliamentary report into the collapse of BHS, published yesterday.
Posted by Ken Frost at 7:50 AM 0 comments 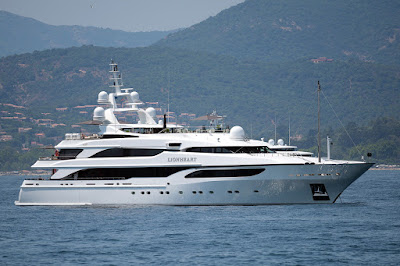 
How much is a Knighthood worth to Sir Philip?
Posted by Ken Frost at 9:42 AM 0 comments

Witnesses appeared to harbour the misconception that they could be absolved from responsibility by blaming others. [168] #BHS

Email ThisBlogThis!Share to TwitterShare to FacebookShare to Pinterest
Labels: bhs 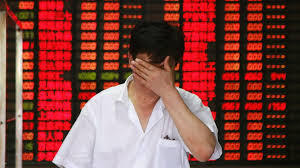 
All very well in theory, maybe. However, Trump should not forget that China holds approximately $1.1 Trillion of US Treasury bonds.

Beware a major Chinese dump!
Posted by Ken Frost at 8:53 AM 0 comments

Not "Fucking Christmas" For HSBC

Once again HSBC finds itslef on the wrong side of the headlines, as a British HSBC executive has been released on $1m bail after being charged with fraud linked to a giant $3.5bn currency trade after he was arrested by FBI agents at JFK airport.

The Telegraph reports that Mark Johnson, HSBC’s head of FX and commodities for the Americas, was arrested by federal agents at the New York airport on Tuesday evening.

Johnson and Stuart Scott (ex HSBC) face charges of conspiring to defraud a client five years ago by “front-running” a currency deal.

The allegations relate to the conversion of $3.5bn into sterling for a client company in December 2011, a transaction that allegedly netted $8m for HSBC, including Johnson and Scott.

It is thought that HSBC was carrying out the currency exchange for London-listed oil company Cairn Energy, which had sold a stake in its Indian subsidiary to commodities giant Vedanta.

Johnson appeared in court in New York yesterday to be formally charged, while it is thought Scott has not been arrested and is reportedly in the UK.

According to Justice Department documents, Johnson, who at the time of the alleged fraud was HSBC’s head of global foreign exchange cash trading, and Scott allegedly bought sterling “in advance of the transaction, knowing that the transaction would cause the price of sterling to increase, thereby generating substantial trading profits for HSBC and the defendants”. This is a practice known as “front-running”.
They then executed the $3.5bn purchase “in a manner to cause the price of sterling to spike” – called “ramping” – which benefited the bank and the pair and was “at the expense of the victim company”, according to the documents.

When the full order for £2.25bn – the equivalent of $3.5bn – was authorised, Johnson was recorded on a telephone call as saying to Mr Scott “Ohhhh, fucking Christmas,” the documents allege.

When the spike in the price of sterling was picked up by the company and its adviser, an unnamed supervisor is alleged to have told the client that the market movement was caused by “a Russian” bank, which was false.
Posted by Ken Frost at 10:07 AM 0 comments


Share of UK employment in the public sector falls to new record low, below 17% pic.twitter.com/y5osgmq2L8


CPI inflation up a smidgen to 0.5%, which as @PSTbrooks points out is the same as the base rate. Not often they're identical? #CABLive

SoftBank To Buy ARM for £24BN

ARM, Britain's largest listed technology company, has agreed to be acquired by the Japanese conglomerate SoftBank for £24.3bn.

The offer, according to the Telegraph, ranks as the biggest for a foreign takeover of a British technology firm and the largest ever Asian investment in the UK. The premium is 43% on ARM's share price on Friday.

ARM designs the microchips that power every smartphone and tablet on earth, including Apple's iPhone, and is at the forefront of developing low-power chips for the "internet of things" - connected everyday household products.

SoftBank promised to double jobs in the UK over the next five years, that ARM's headquarters would remain in Cambridge, and that its management team would stay on.


"Just three weeks after the referendum decision, it shows that Britain has lost none of its allure to international investors. Britain is open for business - and open to foreign investment."

Britain At The Front of The Queue In US Trade Talks

As per the FT, the Obama administration has begun preliminary discussions with senior UK officials about how they might pursue a trade agreement between the two countries following Britain’s exit from the EU, according to Washington’s top trade official.

The discussions, which Mike Froman, the US trade representative, revealed on Thursday, coincide with a growing push by Republican Brexit supporters in Congress for President Barack Obama to launch talks on a commercial pact quickly.

Whither the warnings about being at  the "back of the queue" now?
Posted by Ken Frost at 8:42 AM 0 comments 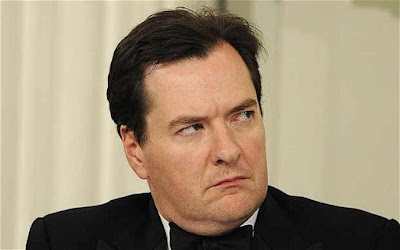 Will the idiots who, pre Brexit, were hysterically warning that rates would be raised please raise their hands.

Seriously, I would like to see you fess up!

Oh, and George, what was it you were saying about an emergency budget???
Posted by Ken Frost at 8:20 AM 0 comments

Has the Celtic tiger got a new bounce in its tail, or are these figures utter BS?

The FT clarifies the mystery, it's all to do with inversions (where tax avoiding foreign companies pretend that they are based in Ireland). More specifically it's to do with statistical reclassifications relating to the treatment of inversion deals involving US multinationals, purchases by aircraft leasing firms and companies relocating assets to Ireland.

There are lies, damned lies and statistics!
Posted by Ken Frost at 8:53 AM 0 comments

Carney In The Hotseat 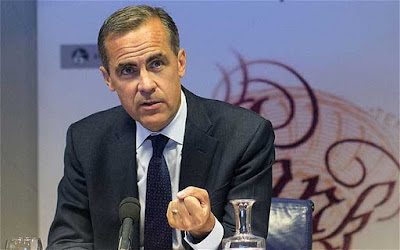 Kudos to Mark Carney (Governor of the Bank of England) for doing a bang up job, during very difficult times, given that our political masters have abrogated responsibility for everything!
Posted by Ken Frost at 7:58 AM 0 comments 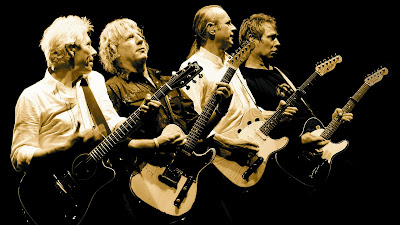 Draghi fiddles whilst the banks crash and burn!
Posted by Ken Frost at 7:17 AM 0 comments

As per the Office for Budget Responsibility:


"Given the timing and result of the referendum, and the current uncertainty around our future relationship with the EU, producing projections based on our March forecast would not necessarily be very informative. To produce meaningful long -term project ions we would need to make a new medium -term forecast (which we will not be doing until the autumn) and new long - term assumptions in areas such as productivity growth and migration flows (which would be affected by the trade arrangements the government decides to pursue).

Under these circumstances, we have decided to cancel July’s FSR ."

Mark Carney  (Governor of the Bank of England) yesterday said that a deteriorating outlook meant action from the Bank was likely this summer. In other words rates will be cut, and quantitative easing (helicopter money) will be applied.

It is ironic that little over a week ago Project Fear was telling all and sundry that Brexit would lead to increased rates as Sterling would fall through the floor.

Sterling has fallen, but it has now levelled out at around $1.33 and markets are gradually rising.

As I have stated before, a fall in Sterling will make British assets look cheap to international investors. More to the point, central bankers around the world would sell their grandmothers to have been given an opportunity to stage a one off devaluation of their currencies that Carney was given courtesy of Brexit.

The currency wars are upon us, and Britain has managed to achieve victory without firing a single monetary shot.
Posted by Ken Frost at 9:28 AM 0 comments