The ONS, as it always does, has yet again revised some stale dusty old figures.

Now, if the ONS is to be believed, the UK economy grew 0.6% in fourth quarter of 2015 a revision upwards from the previous revised figure of 0.5%.

Given that these figures are now three months old, what use is it to anyone to revise once again old out of date numbers?

Out of date, unreliable economic statistics are of no use to man nor beast!
Posted by Ken Frost at 9:13 AM 0 comments

The Bank of England is doing its best to put the kibosh on the buy to let market.

The FT reports that the Bank is tightening lending rules. New measures to restrain the market include subjecting loans to a stress-test scenario whereby mortgage rates rise to 5.5% and more stringent affordability tests which take into account the borrowers’ costs of letting out the property – including tax liabilities.

All very well and dandy, but realistically in the extremely unlikely event that rates rise to 5.5% in the next few years, any buy to let landlord who couldn't meet the payments would simply dump the property.
Posted by Ken Frost at 10:15 AM 0 comments

Email ThisBlogThis!Share to TwitterShare to FacebookShare to Pinterest
Labels: bank of england, buy to let

The largest downward contribution came from the transport sector, from price changes for items such as road passenger transport, second-hand cars and bicycles.

Whilst this appears to be all very well and good ans table, it is worth remembering tat house price inflation (excluded from the above measure of inflation) stands at 6.7%.
Posted by Ken Frost at 10:11 AM 0 comments


Despite protestations from Deutsche Bank in February that it was rock solid, its announcement yesterday of a $7BN loss for 2015 and forecast loss for 2016 somewhat undermine that upbeat assessment.

Unsurprisingly there has been yet another collapse in its shares.
Posted by Ken Frost at 9:57 AM 0 comments


Whilst the Eurozone, IMF and ECB wrangle with Greece about future bailouts, it is worth noting that one means of Greece dragging itself up out of the financial gutter is for its citizens and businesses to actually pay their taxes.

Given the above statistics this is something that simply isn't going to happen anytime soon!
Posted by Ken Frost at 10:24 AM 0 comments

Apparently, if media leaks are to be believed, one of the policies that the Chancellor will unveil in this Wednesday's 2016 Budget will be the Help To Save scheme.

Aimed at low paid workers, it would provide a 50% bonus to those who manage to save up to £50 a month at the end of two years.

Around 3.5m people in low paid work and receiving working tax credit or universal credit would qualify, with the maximum level of help set at £1,200.

Whilst this idea is all very well and middle class patrician, it has two significant failings:

1 People won't get their bonus until two years have passed. Unlike the middle classes, those on low pay don't have the luxury of being able to plan ahead for two years wrt what they can safely put away for a rainy day; as more often than not every day is rainy.

2 Central banks are currently obsessed with negative interest rates, designed to discourage people from saving. This policy is the diametric opposite of that.
Posted by Ken Frost at 10:19 AM 0 comments

Draghi's attempt to stimulate the markets yesterday, via the ECB lowering rates to zero and boosting QE, crashed and burned in spectacular fashion yesterday.

All gains by the markets and the Euro went into sharp reverse by the end of the day, as people sought shelter in gold.

What is left now for the ECB and Draghi to do?

The war on cash will now being in earnest:

2 There will be depositor bail ins, and

3 Cash (starting with high denomination notes) will be abolished.

One way or another the ECB will try to take control of the people's finances, and use it for their own "best interests".

In layman's terms that is dictatorship!
Posted by Ken Frost at 9:28 AM 0 comments

In a speech at a car plant today, Prime Minister David Cameron will point out that some Brexit advocates have acknowledged that it will entail a short-term economic shock, and argue as per Open Europe:

- It means pressure on the pound sterling.

- It means jobs being lost.

In my humble opinion the above scenario is highly unlikely.

Sterling may temporarily "wobble", but that wobble will be short term and cause no damage to the economy. Interest rates will not rise, because we are close to zero inflation. Consequently, mortgages will not rise.

Regarding businesses closing and jobs being lost, that is happening now. I would also refer people to the recent EU youth unemployment statistics, the EU is not a job friendly institution!

Hence Cameron's scaremongering is simply wrong!
Posted by Ken Frost at 11:27 AM 0 comments 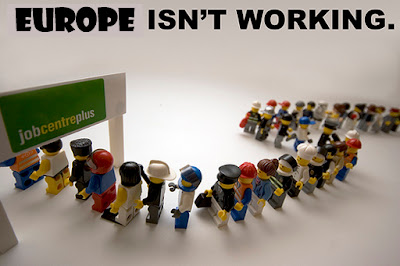 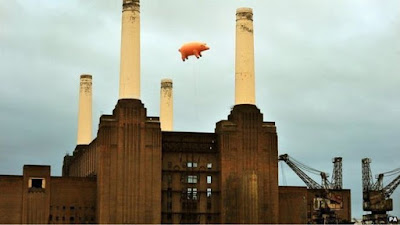 It will be interesting to see what the finished development looks like in the coming years, and the demographics of the occupancy.
Posted by Ken Frost at 10:36 AM 0 comments


Another means by which claims companies will try to make money at the expense of hapless savers and pensioners!
Posted by Ken Frost at 10:51 AM 0 comments

Good luck to those of us born after 1961, for the government intends to make us wait longer until we retire.

The younger you are now, the longer you will have to work (up to 80 for the youngest) before you receive a state pension.


Ministers have announced a radical review of the pensions regime because the current system is not "affordable in the long-term".

The review will be chaired by Sir John Cridland, the former head of the Low Pay Commission, and will assess whether the current pensions system is "affordable in the long-term".

The results of the review will be published in May 2017.

The Chancellor is also considering plans to scrap higher rate tax relief on pension contributions as part of the Budget this month and move towards a "flat rate", which could be as low as 25%.

To add to the misery of those saving for retirement, or living off savings in retirement, interest rates may well go negative in an attempt to stimulate consumption.

Good luck everyone, it's simply not worth living to old age anymore!
Posted by Ken Frost at 11:24 AM 0 comments

Barclays Out of Africa