What Use Are Consultants? 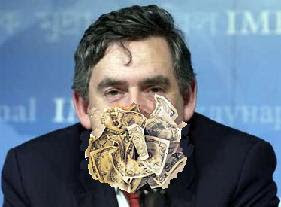 Those of you who ever wondered what use consultants are, and whether they really represent value for money, should take heart from the findings of the all party Public Accounts committee.

The committee has lambasted the government's waste of £2BN per annum on external consultants, deriding it as "sheer profligacy".

The committee said that given such amounts of expenditure it was "impossible to believe that the public are receiving anything like full value for money".

In 2005-06 the public sector in England spent approximately £2.8BN on consultants, a staggering increase of 33% pct over the previous three years, with central government accounting for £1.8BN.

The bulk of the increase came from higher spending by the National Health Service.

"Central government is repeatedly using consultants for core skills, including project and programme management and IT, and is increasingly turning to a select list of suppliers."

"Departments are often on the phone to consultants without first finding out whether their own in-house staff have the skills to do the job.

Departments routinely do not agree with the consultants any measurable benefits to be expected from the contracts. And consultants are often paid simply on the basis of the amount of time worked and not on what the work has achieved.

What would we say of anyone in private life who dealt with contractors like this? The consultancy firms are truly on to a good thing.

It is impossible to believe that the public are receiving anything like full value for money from this expenditure. In fact, a good proportion of it looks like sheer profligacy."

The consultants know that with this government, they have a prone cash cow begging to be milked to death; the government know that they need not worry about funding the bill, as all they have to do is raise taxes.

Everyone's a winner, except for the taxpayer!
Posted by Ken Frost at 9:17 AM