Bob Diamond To Receive "Only" £2M 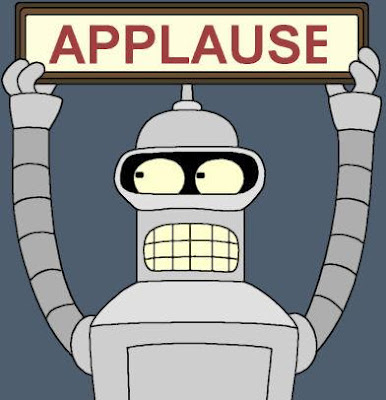 "Good" news everybody, Barclays has agreed a payoff for Bob Diamond.

Diamond has agreed to waive his share awards (worth around £20M) and will walk away with "only" £2M, being 12 months' salary, pension allowance and other benefits.

Diamond is estimated to have earned well over £100m during his career at Barclays.

Here is a statement released by Barclays to confirm Bob Diamond's pay-off arrangements:


"Mr Diamond has voluntarily offered to waive all of his unvested deferred bonus awards and long term incentive share awards.This is in addition to his previous decision to forgo any consideration for an annual bonus this year. The Board has accepted this offer, and all of Mr Diamond's outstanding unvested deferred bonus awards and long-term incentives will lapse, with no compensation made in respect of the lapsed awards.

The Board has asked Mr Diamond to support the transition to the new Chief Executive as necessary, and he has agreed. Consistent with his contract of employment, Mr Diamond will receive up to 12 months' salary, pension allowance and other benefits; and he has agreed to forgo his contractual entitlement to tax equalisation going forward. The Board has agreed with Mr Diamond that he will not receive any future bonus or incentive awards; nor will he receive any further compensation payment in connection with the termination of his employment.

Marcus Agius, Chairman, said: "The Board deeply regrets the circumstances that led to Bob resigning his positions at Barclays. Despite having no personal culpability, he recognises more than anyone the negative attention that they have generated and has taken characteristically strong action to address that. These circumstances do not detract in any way from the tremendous legacy that Bob has left at Barclays, and his actions are clear indications of his commitment to the institution to which he has contributed so much."

Bob Diamond said: "For the past 16 years I've had the honour of working at Barclays. The wrongful actions of a relative few should not detract from the outstanding work that Barclays employees carry out each day on behalf of clients and customers around the world. It is my hope that my decision to step down and today's agreement on my remuneration will help close this chapter and allow Barclays to move forward and prosper."


In other news, Farepak savers after a six year wait have been advised that they will receive 50p for every £1 they saved with the company.
Posted by Ken Frost at 11:50 AM