£46BN Down The RBS Toilet 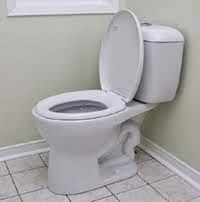 Royal Bank of Scotland (the bank destroyed by Fred Goodwin and his cronies) has, since it was bailed out in 2008, accumulated losses of £46BN. That sum is the same as the amount pumped into it in return for an 81% taxpayer stake in the bank.

RBS made a loss last year of £8.2BN, taking its cumulative losses to £46BN.

Losses at the bank include a £3.8BN charge for customer mis-selling compensation, and a £4.8BN impairment charge against the continued run down of its bad loans.

Ironically, despite continuing to lose money, the bank has set aside £576M to pay staff bonuses for 2013.
Posted by Ken Frost at 11:16 AM